GARBAGE
Statistics 2021
RU
EN
It could be a wrapper or a book, a cigarette butt, a bottle, or it could be a guitar, a pillow, a closet, or an entire car. And only a third of us know what happens to garbage after it goes into a trash bin.
EVERY SECOND SEVERAL PEOPLE IN THE WORLD THROW SOMETHING IN THE TRASH
WHAT'S CALLED GARBAGE?
Packaging of different types of goods left after the product is consumed
DEPENDING ON THE MATERIAL, THE IMMORTALITY OF THESE ITEMS WILL LAST UP TO 100 OR 1000 YEARS
WHAT IS INTENDED TO BE REUSABLE
ARE THE THINGS THAT REALLY CAN’T BE USED ANYMORE
Functioning, intact but boring electronics, clothing
And only 3 items out of 100 are actual trash
THE AVERAGE MODERN PERSON PRODUCES 2.2 KG OF WASTE PER DAY

the path of our garbage

The most popular and affordable way of clearing the territory from garbage today is the removal and disposal of all waste at one site — a landfill. Globally, this does not solve the problem of garbage distribution, as garbage arrives to such landfills every day and the volume of arrivals is only increasing.
We have mountains of landfills, millions of hectares of land cleared for landfills and countless animals forced to flee in search of a better habitat.
Only 10% of discarded waste in landfills decomposes within a few years. The rest will outlive you and me.
the decomposition period of popular waste:
newspaper
wooden stick
foil
disposable tableware
a tin can
a plastic bag
an aluminum can
a plastic bottle
glass
a cigarette filter
According to British research, landfills increase the possibility of the following consequences:
that's how much trash is on land in the world in 2021

The paper dries out and gets covered with fungal growths, spreading through the air to nearby populated areas

Other solid waste can be heated, explode, disintegrate into microparticles and poison the environment
It is important to note that no preparatory measures for soil decontamination are taken. And a huge amount of toxins from the decomposition of certain types of waste enter the soil layer.

The ocean
The stomachs of 35% of the fish caught for research in the North Pacific Ocean were found to contain plastic waste. It should be noted that these fish were intended for sale on the shelves of markets and shops.
THAT'S HOW MUCH PLASTIC ENDS UP IN THE WORLD OCEAN EACH YEAR

The main problem is not the presence of plastic trash itself, but the fact that it eventually decomposes into millions of tiny particles due to the sun, ocean water and constant contact with each other while retaining its polymeric structure. These tiny particles, each a few millimeters in size, then float in surface waters of the ocean over large areas. Sea creatures feed on these crumbs, mistaking them for plankton, and the plastic is incorporated into the animal food chain. The plastic ingested by fish and crustaceans passes into tissue, muscle and fat of living organisms along the food chain.
WHAT ELSE IS GOING ON WITH THE PLASTIC IN THE OCEAN:
9 %
IS SORTED AND RECYCLED
25 %
IS WASHED ASHORE AND LITTERING THE BEACHES
25 %
IS FOULED BY CORAL AND ADSORBED
8-14 mil tonnes
IS SLOWLY KILLING MARINE LIFE
41 %

fire
Emissions from the incinerator’s pipes spread out to 24 km away. Residents of the one-kilometer zone are the most exposed to their harmful impact. Inhalation of air saturated with dioxins contributes to cancer, asthma and serious allergic reactions. And this is not all the negative consequences of waste incineration:
THAT’S HOW FAR EMISSIONS FROM THE PIPES OF THE INCINERATOR ARE SPREAD OUT

This waste needs to be safely disposed of that is not provided in most cases and the waste is sent straight into the ground after incineration.
During incineration, potentially hazardous substances such as mercury, lead, arsenic, chromium, cobalt and nickel get released into the air. Dioxins and furans tend to accumulate in the body, affecting the liver, nervous and immune systems. Due to combustion of synthetic and polymeric waste, the ozone layer of the atmosphere is destroyed — ozone holes are formed.
Many of the contaminants enter the ground after incineration and then with water get into houses.

10-30 %
THAT’S HOW MUCH SLAG REMAINS. THIS WASTE BELONGS TO HAZARD CLASS 2
5 %
ABOUT as much ash is left. THIS WASTE BELONGS TO HAZARD CLASS 3-4
24 км
MORE THAN 400 TYPES
THAT’S HOW MANY TOXIC FUMES ARE EMITTED INTO THE AIR WHEN WASTE IS INCINERATED
5 YEARS SHORTER
THE AVERAGE LIFE EXPECTANCY IS THAT MUCH SHORTER IF YOU LIVE WITHIN A 5 KM RADIUS OF AN INCINERATOR
Air
We use cars, fly planes, mine coal, oil and gas, burn garbage, produce steel, enjoy pineapples bought at the supermarket around the corner. All of this has a carbon footprint — the total amount of all greenhouse gas emissions produced directly or indirectly by a person, an organization, an event, a product, a city, a government.
SO MANY PEOPLE DIE FROM RESPIRATORY DISEASES CAUSED BY POLLUTED AIR

The heaviest one is a mixture of waste from heavy industry plants and incinerators. The most constant is greenhouse gas emissions from landfills and farmlands. And all types of transport wastes have the highest concentration per square metre due to the large accumulation of vehicles in one location.

One 13-hectare landfill releases into the atmosphere per year:
These gases then settle as dust and go straight into the sewage system, then into the soil, where the plants that we consume grow, and this process is looped.

Any item once bought in a store has caused damage to nature incomparable to its actual value. The farther the product is from the place of sale, the greater its transport footprint is.
9 мil people

2.4 thousands tonnes of methane
39.4
tonnes of carbon dioxide
1.8
tonnes of ammonia
0.028 thousand tonnes of hydrogen sulphide
WAYS TO SOLVE THESE PROBLEMS
REDUCED CONSUMPTION
a plastic bag is something you use once to take your groceries home
a cotton bag can be used many times

cheap clothes are often short-lived and have manufacturing defects
high-quality clothes are more expensive, but are made from safer materials and are more durable

the cost of the product bought in a package includes the cost of the packaging
products selling by weight are often tastier and healthier, and you can use your own packaging when buying and storing them 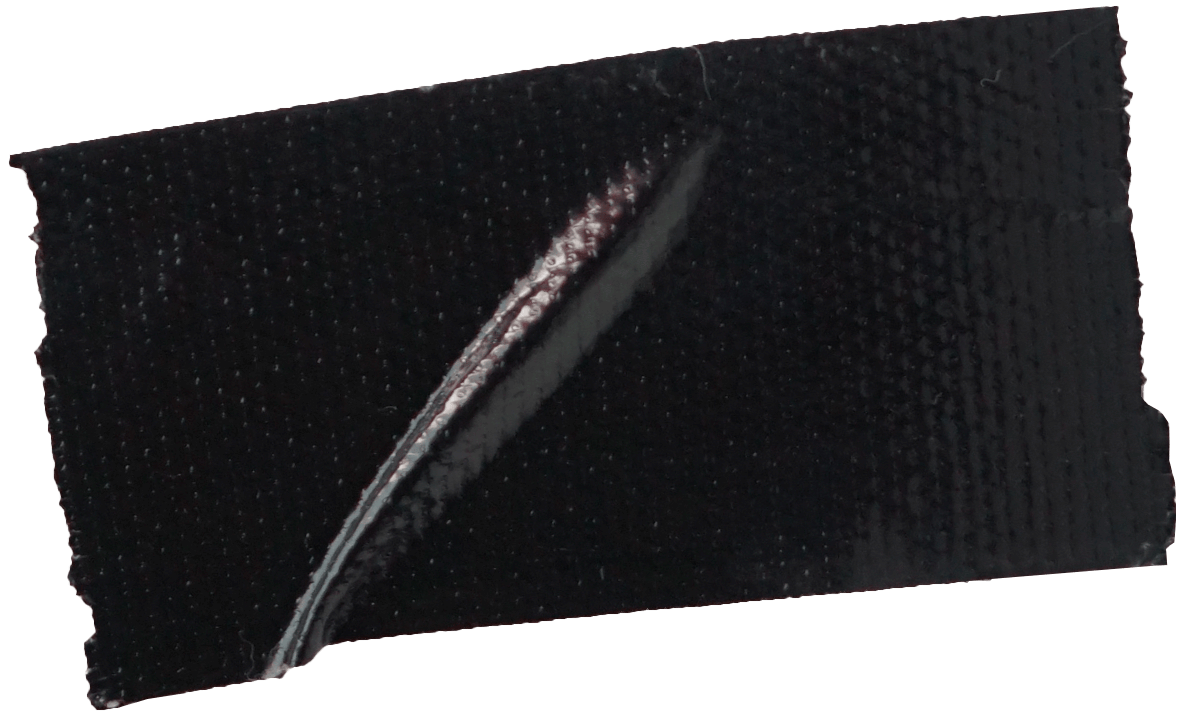 at a landfill, newspapers get covered with fungus and contaminate the environment with spores
at a waste recycling plant, 1 kg of newspapers can be produced into 10 rolls of toilet paper

FIVE
SIMPLE
HABITS
for each of us
DISCARD ANYTHING UNNECESSARY

COMPOST
For apartment dwellers, the solution of the problem of organic waste can be handled by dispensers installed directly in kitchen sinks and grinding organics into mush or vermicomposters. You can install a composting bin in cooperation with your neighbours.
Biohumus obtained from such a composter can be used for planting trees or flowers.
REDUCE IRRATIONAL CONSUMPTION
Sort your wardrobe into things you wear every day and things you’ve worn a couple of times — you probably don’t need those things.
To keep your clothes looking good as long as possible — use them carefully, and when buying choose better quality.
REUSE
Things should be given a second chance. For example, a glass bottle can be washed and reused. Old cereals and pasta can also be given to animal shelters.
RECYCLE THINGS
Plastic or glass can be used to make new containers or clothes, rubber is used as a covering for stadiums. Wasted paper is used to make new paper and cardboard. And aluminum is used to make furniture, building materials, cars, airplane parts, and other items.

Did you know that the cost that appears on the price tag of a product includes the cost of packaging, production, transportation and storage? So choose products with less packaging and give preference to a local producer — this way you consume a higher quality product and reduce the carbon footprint of your grocery kit.

try sorting garbage
You can easily separate plastic, metal, glass and paper and deliver these valuable resources to recycling points
Buy coffee to go in your cup and use reusable cutlery instead of disposable
Replace bags with reusable canvas bags, weigh fruits and vegetables without a bag or use wicker bags
Use water filter instead of buying bottled water
Choose reusable cloth masks and gloves instead of disposable masks and gloves during coronavirus pandemia
Pay attention to the disposal of hazardous waste. For example, used batteries can practically be delivered to appliance stores
ToDAY
just add a few healthy habits
Make a contribution to saving nature

try sorting garbage
You can easily separate plastic, metal, glass and paper and deliver these valuable resources to recycling points
Buy coffee to go in your cup and use reusable cutlery instead of disposable
Pay attention to the disposal of hazardous waste. For example, used batteries can practically be delivered to appliance stores
Replace bags with reusable canvas bags, weigh fruits and vegetables without a bag or use wicker bags
Use water filter instead of buying bottled water
Choose reusable cloth masks and gloves instead of disposable masks and gloves during coronavirus pandemia
together we will stop the growing ecological catastrophe!
THE LONGREAD IS DESIGNED* TO INFORM CITIZENS AND CALL THEM FOR MAKING ENVIRONMENTALLY USEFUL HABITS
DATE OF MANUFACTURE:
21.12.2021
ORGANIZATION AUTHORIZED IN MAKING ADJUSTMENTS TO THE LONGREAD:
SASCHA VASILIEV AND ANIA MELNIK'S CREATIVE LAYOUT COURSE
PRODUCER:
WEBSITE DESIGN AND DEVELOPMENT – MARINA LU
INFORMATION AND TEXTS – YULIA SAREU
BEST BEFORE DATE:
UNLIMITED
COMPOSITION:
WHAT IS TRASH, TRASH WAYS, SOLUTIONS, REDUCING CONSUMPTION, RECYCLING, 5 HABITS, TODAY
*AS PART OF THE CREATIVE LAYOUT COURSE